Swiftlets are birds that have held significant importance throughout the history of Traditional Chinese Medicine (TCM). What so special about them? It’s all about their nests, which is consumed as a delicacy or as a tonic with health benefits. Products containing edible bird’s nests usually sells at a premium price, be it desserts, health supplements, tonics or even as skincare products.

Altogether, there are approximately 96 known species of swiftlets, of which approximately 30 of the species residing within Southeast Asia and Northeastern Australia. All swiftlets belong to the Apodiform order and the Apodidae family. Swiftlets can be found living in many different habitats but all have one key criteria that there should be a water body nearby.1  Another key criteria is that, since the birds are foraging insectivores, there should be sufficient food, meaning large numbers of flying insects, in the vicinity. Prey are either caught mid-air whilst the birds are in flight or picked off the foliage. Due to their role as insectivores and the fact that they also play host to many species of parasites, they can be considered a good indicator of the health of the ecosystem where they live. 2

Breeding seasons for Swiftlets have been observed to coincide with an abundance of insects available for feeding and that is usually during the wet seasons in tropical countries. Swiftlets found in Asia and other countries around the equator can breed all year round, but peak breeding still typically occurs during the wetter seasons. Mating pairs stay together for life and can lay 2 swiftlet eggs per brood.2 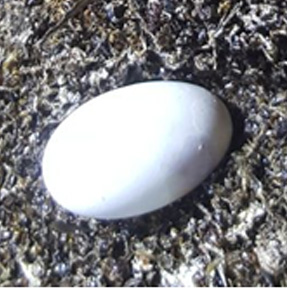 Only 2 swiftlet eggs are laid per brood. 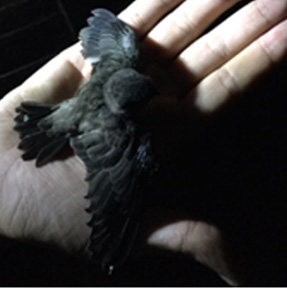 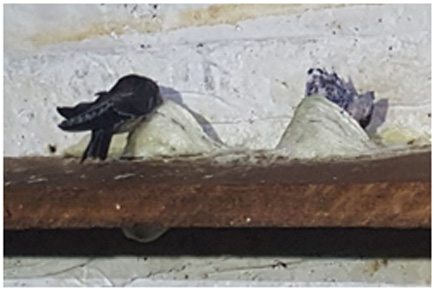 Swiftlet nests along a beam in a Swiftlet house are built by a pair of mating birds.

It is made from mucin glycoprotein which is excreted from a pair of sublingual glands under the tongue in the Swiftlet’s mouth. The nest, when unprocessed, can appear very different from the nests that are seen on sale commercially. They usually contain a lot of bird feathers that the bird uses to strengthen the structure of the nest, and contaminants such as sand that may be present in the bird’s mouth. The excretion of the mucin glycoprotein is usually present in small amounts but increases in quantity during breeding season, allowing the birds to build sturdy nests to hatch their eggs. Proximate analysis of edible bird’s nests reveals that it comprises of approximately 62% of protein, 27% of carbohydrates, 8% moisture, 2% minerals and <1% fat.4

So what’s so special about the nests made by the Swiftlets?

In general, many people in Asia  believe that it has various nutritional and medicinal benefits. It is used in TCM for immunity, lung health, and to enhance recovery from ailments. Many also use bird’s nest for its associated beauty and anti-aging properties.

Edible swiftlet nests have been routinely harvested from various Asian countries such as Malaysia, Indonesia and Thailand. Only a few swiftlet species are responsible for constructing nests that are commercially cleaned and sold as edible bird’s nests and they are the Aerodramus fuciphagus, Aerodramus maximus and Collocalia esculenta. Each of these species have many subspecies that can be found residing in different habitats – from natural caves to man-made structures such as vacant shop houses, and specially built houses for bird’s nests farming.

Commercially available bird’s nests are usually either harvested from natural caves or from houses built on Swiftlet farms. In each country, there are strict regulations governing activities related to the harvesting of edible bird’s nests and the farming of swiftlets to obtain edible nests for commercial sale. One of the key reasons why regulations are so strict is to ensure that the swiftlet populations are not affected by over-harvesting. Another reason is so that each country can protect its own edible bird’s nest industry, through limiting the importation of birds’ nests from other countries.

As this industry is such a lucrative one, security is usually heightened around swiftlet caves or farms, so as to prevent intruders and thieves from disrupting the birds’ habitats and stealing or overharvesting. It can also be considered a relatively dangerous industry as the mafia are also involved in certain areas.

Processing of the harvested nests is a very labor-intensive task that requires multiple rounds of cleaning to remove feathers and other contaminants. The cleaned bird’s nests are then either re-dried into shapes, resembling a nests or further processed into drinks, tonics or skincare products.

Unfortunately, due to the increasing popularity of edible bird’s nests, many have resorted to unscrupulous means of either adulterating Bird’s Nest products to make them appear as though the content is higher than the actual; using nitration or bleaching methods to alter the colour of the bird’s nest to increase its perceived premium value, or using adulterants or ingredient substitutes to create fake bird’s nest.

Through our research collaborations and partnerships, common adulterants, nitration and bleaching methods have been identified and we hope to share such information with the public. This will hopefully enable industry players as well as consumers to be more aware and cautious of what is and could be circulating in the marketplace.

It is also through our continuous research that we have determined that technologies such as the Fourier-transform infrared spectroscopy (FTIR) and Raman Spectroscopy can be used to analyse raw edible bird’s nest to determine their genuineness. FTIR is the more commercially convenient technology between the both and is a powerful tool that can be used to see even the slightest difference between bird’s nest samples.

We seek to become a center of excellence and a leading research institute with expertise on developing guidelines and enhancing standards governing the quality and sustainability of edible bird’s nest. Read up more about our activities related to the Swiftlet Species and research on improving standards for edible bird’s nest through the links below.

Learn More About Our Research